Since 2017, the Critical Theory Summer School at the Humboldt-Universität zu Berlin takes place every year in collaboration with the New School for Social Research in New York and the Frankfurt Institute for Social Research. The format mixes elements of workshops with text-based, advanced seminars. Over the course of one week, young researchers, graduate students and senior scholars jointly discuss new systematic perspectives and “classic” texts from the Critical Theory corpus. 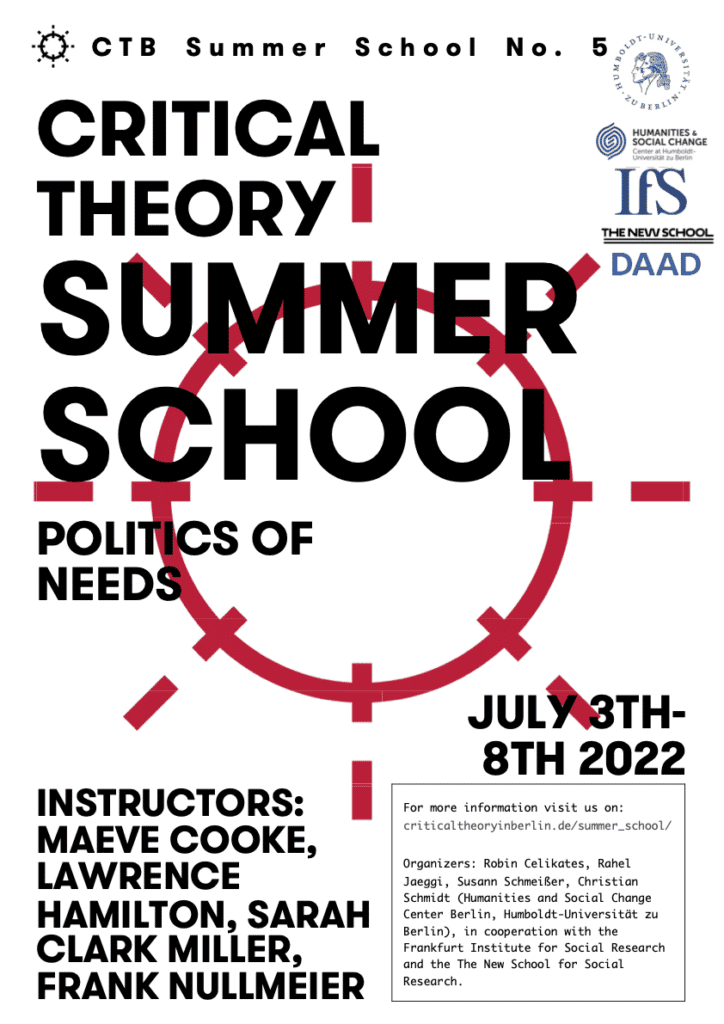 Needs are central to many social controversies, but widely regarded as non-negotiable. The latter is due to the nature-like quality of many needs, but also to the assumption that the needs, interests and desires of individuals are simply given. Critical theory offers an alternative approach that seeks to analyse the formation of needs, thus turning them into objects of critical analysis and debate. In the Summer School, we will reconstruct this approach and discuss its current relevance by confronting it with prominent positions in the contemporary philosophical debate on needs. 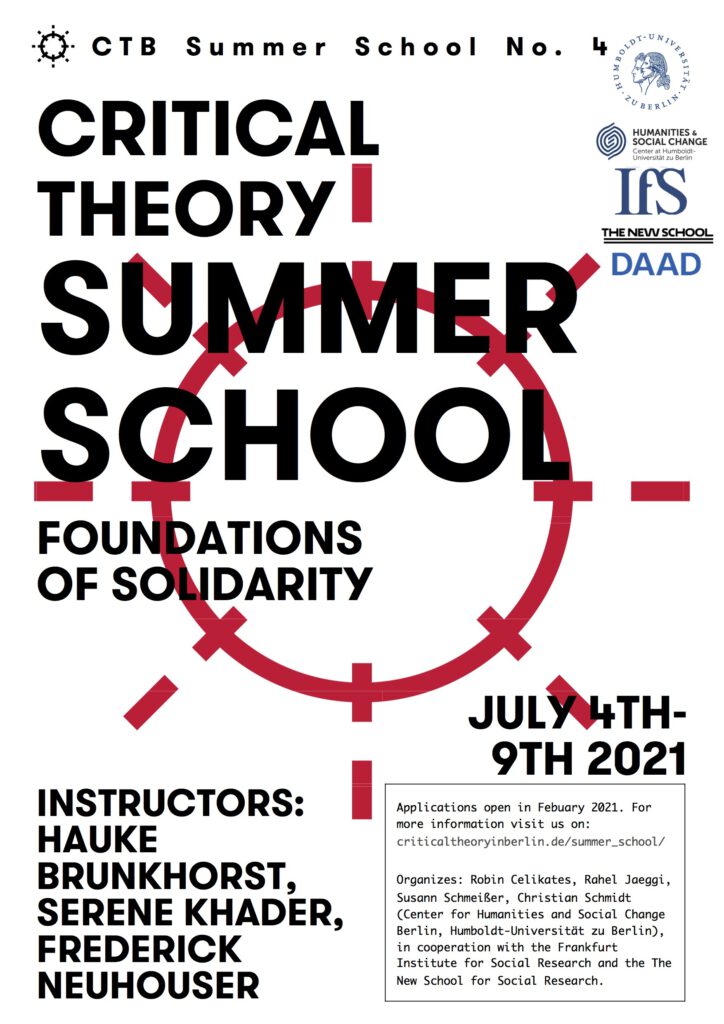 Despite a widespread diagnosis that solidarity is in crisis, appeals to solidarity are ubiquitous today. We encounter them on the level of personal and professional relations but also with regard to institutions and systems of social security and welfare. They gain a dramatic character when human lives are in danger, e.g. when refugees have to cross the Mediterranean in floating death traps or when climate change is devastating the livelihood of whole populations. In all these cases, appeals to solidarity are invoking a ‘we’: We, the family or friends; we, the co-workers or professionals of our branch; we, the members of a national community or a social collective; we, leftists or members of a political movement; we, human beings; … 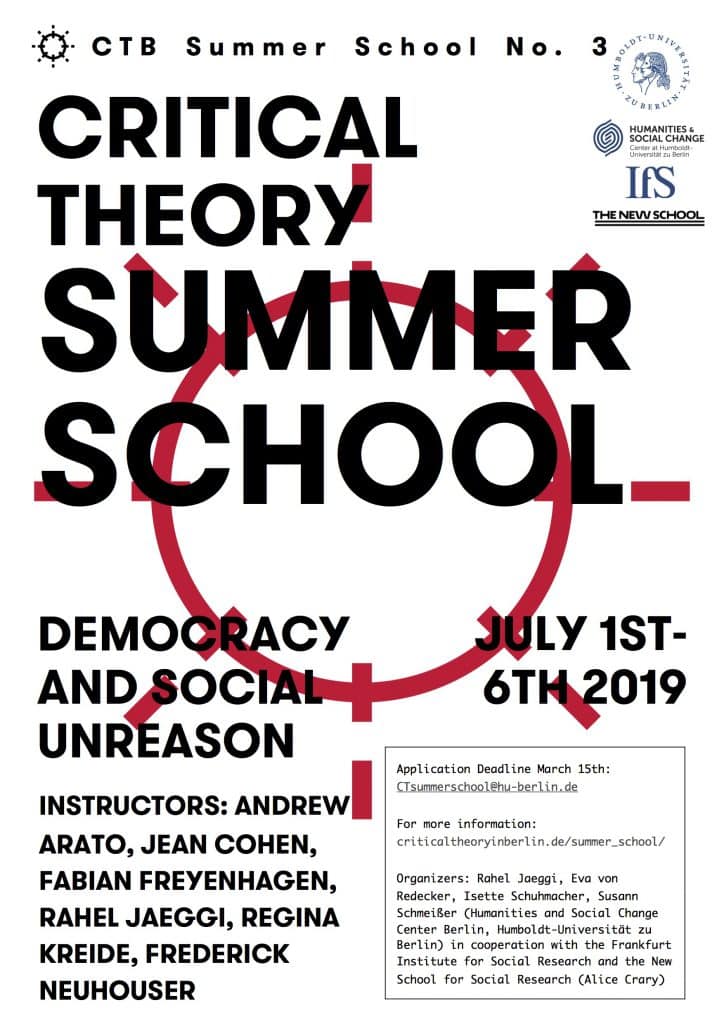 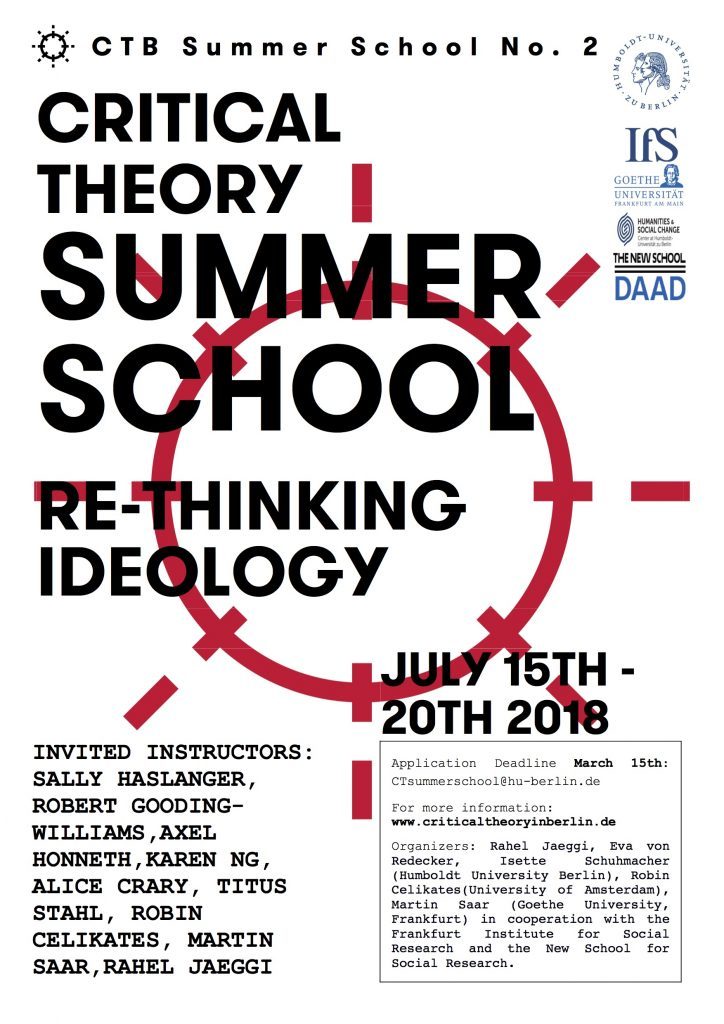 Why do people often accept, and even embrace, social and political conditions that seem to run counter to their own interests? How is it possible that we sometimes support forms of domination with our ways of behaving and thinking without intending or even realizing it? One answer to these questions refers to the notion of ideology. Ideologies are more or less coherent systems of practices and beliefs that shape how individuals relate to their social reality in ways that distort their understanding of what is wrong with that reality and thereby contribute to its reproduction. 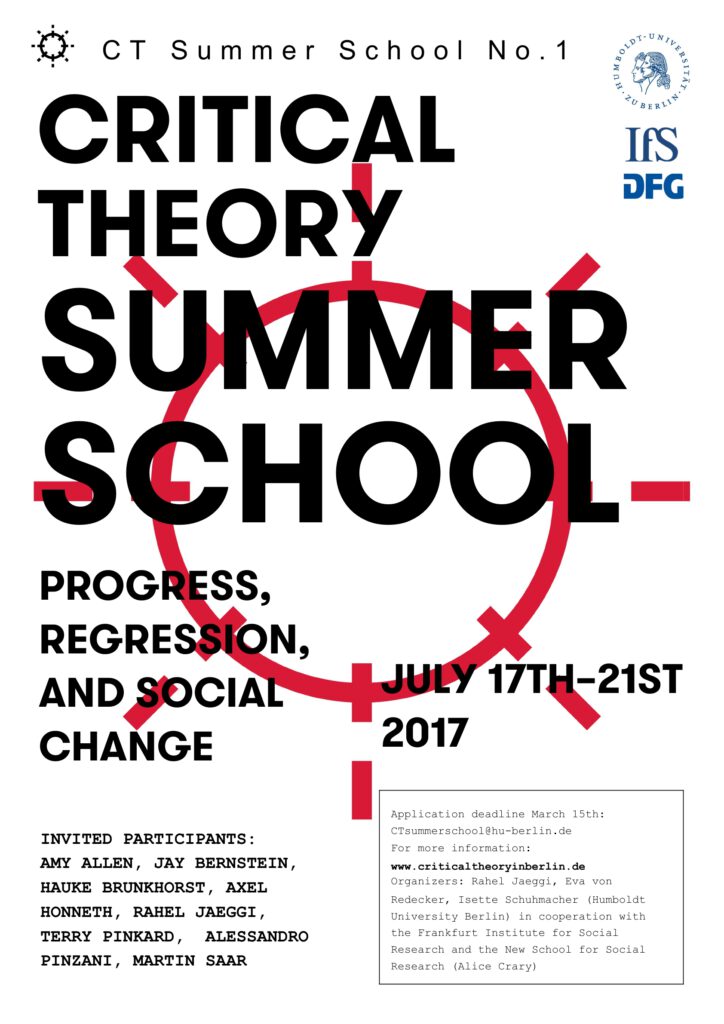 Is there such a thing as moral or social progress? How do we understand phenomena that might be seen as instances of social regression? And how, after all, are we to conceptualize social change?
While some Critical Theorists hold that we need a notion of progressive social change (and its counterpart) in order to understand and evaluate the dynamics of the transformations we undergo, the very notion of progress (as it is entrenched in the self-understanding of western modernity) seems to be ambivalent and is strongly contested.