Needs are central to many social controversies, but widely regarded as non-negotiable. The latter is due to the nature-like quality of many needs, but also to the assumption that the needs, interests, and desires of individuals are simply given. Critical theory offers an alternative approach that seeks to analyse the formation of needs, thus turning them into objects of critical analysis and debate. The public roundtable of this year’s International Critical Theory Summer School will provide an opportunity to discuss and examine contemporary approaches to a critique of needs.

Lawrence Hamilton is SA UK Bilateral Research Professor in Political Theory, Universities of the Witwatersrand and Cambridge. He wrote “The Political Philosophy of Needs” (CUP 2003) and has published numerous essays on the politics of needs.

Sarah Clark Miller is a Associate Professor of Philosophy, Bioethics, and Women’s, Gender, and Sexuality Studies at Penn State University. She authored “The Ethics of Need: Agency, Dignity, and Obligation” (2012).

Frank Nullmeier is a Full Professor for Political Science at Universität Bremen. His research focuses on social policy research, welfare state theory, and political theory. He is an expert on needs-based justice

Alessandro Pinzani is Professor for Ethics and Political Philosophy at University of Santa Catarina. He is currently working on a book-project on needs. 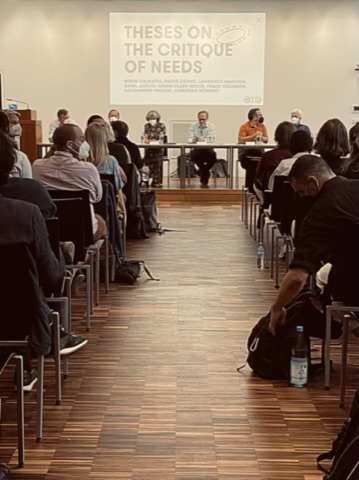