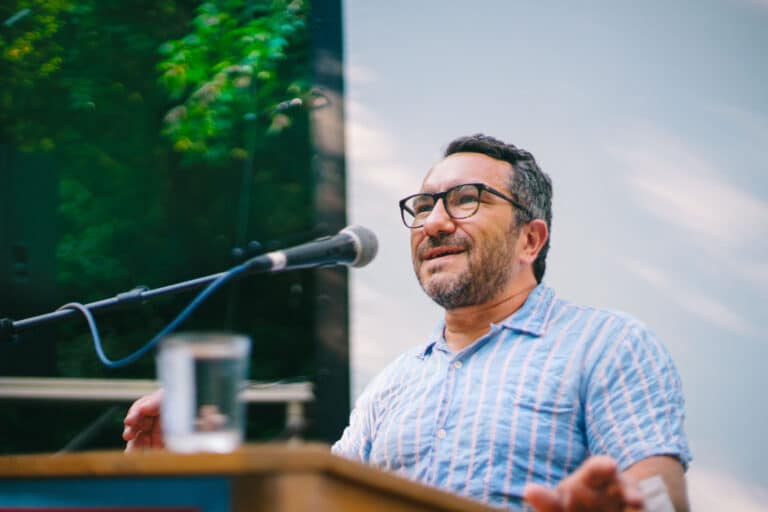 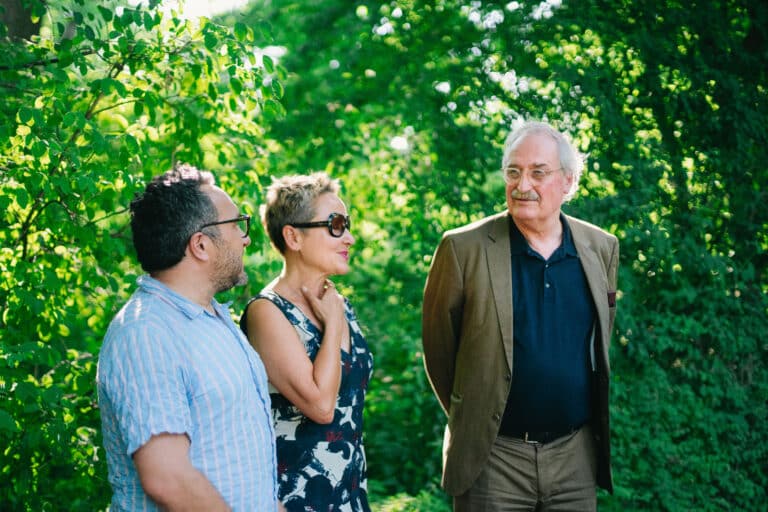 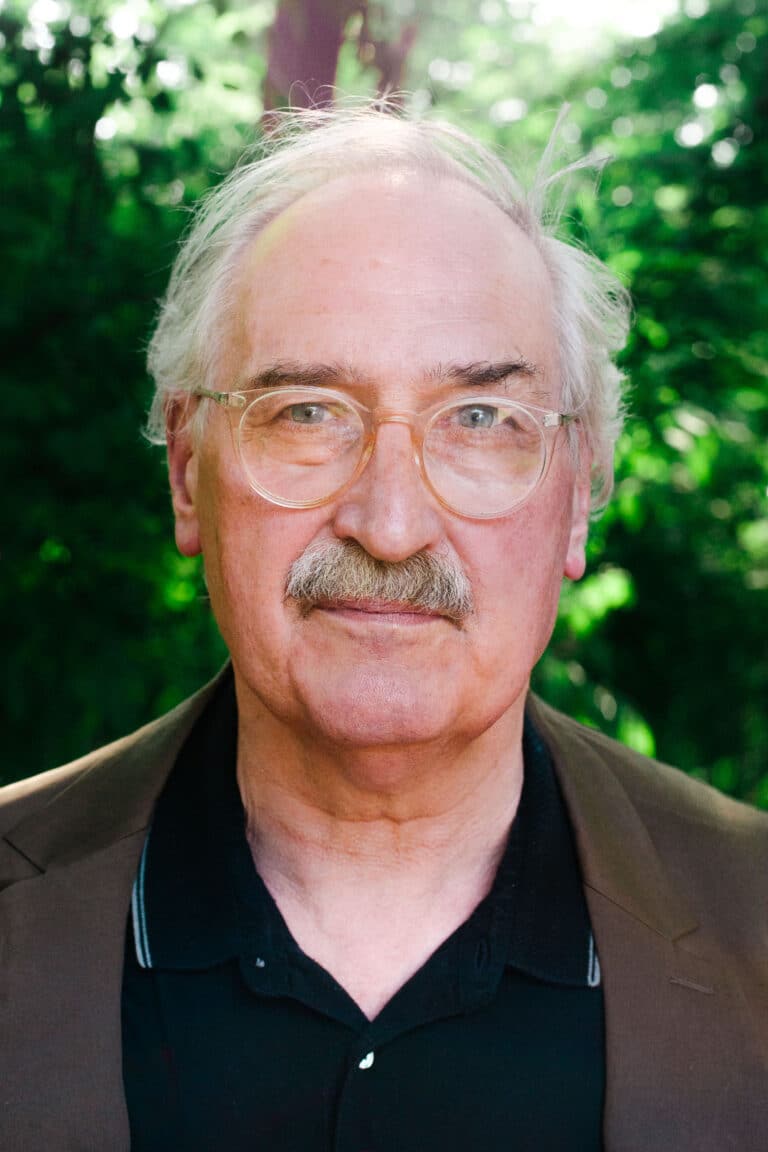 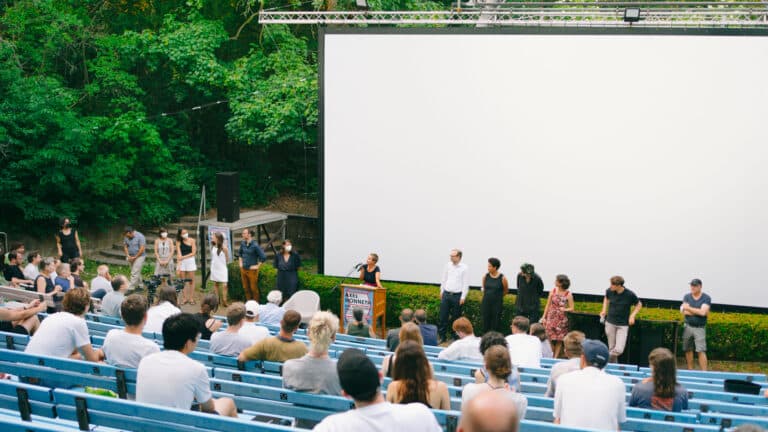 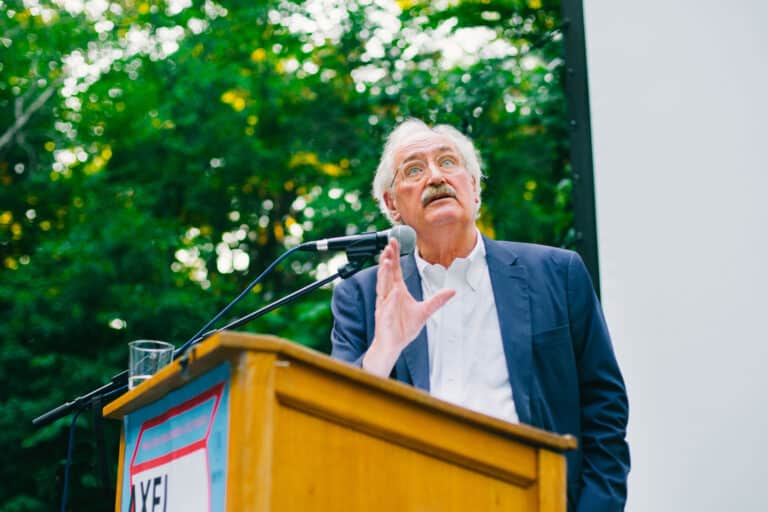 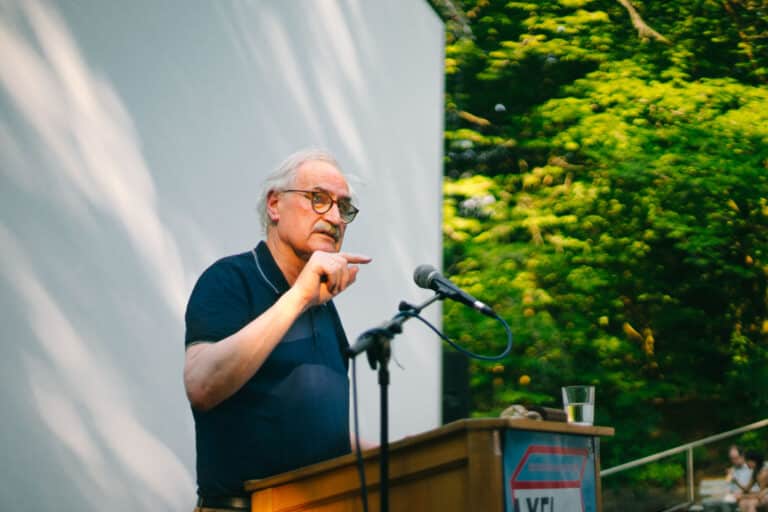 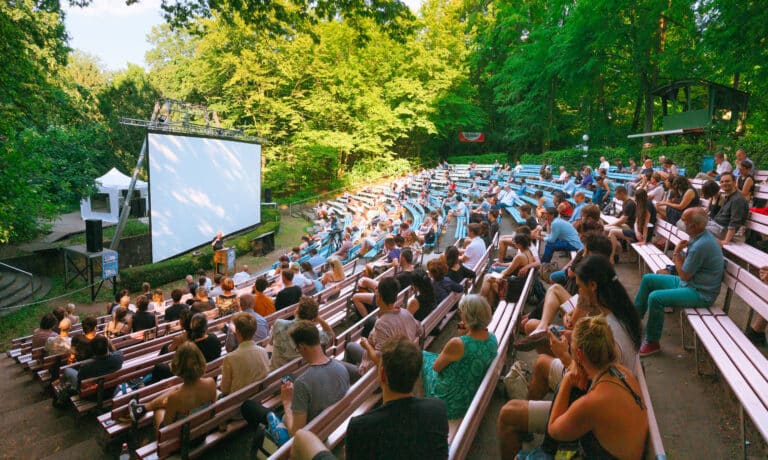 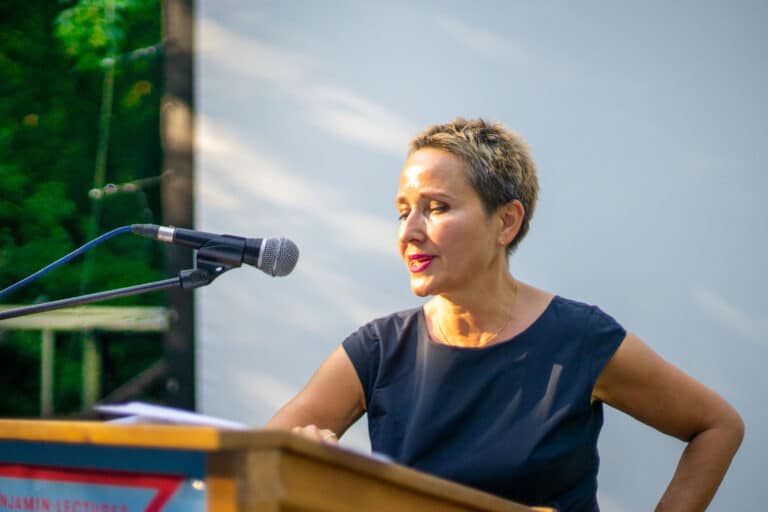 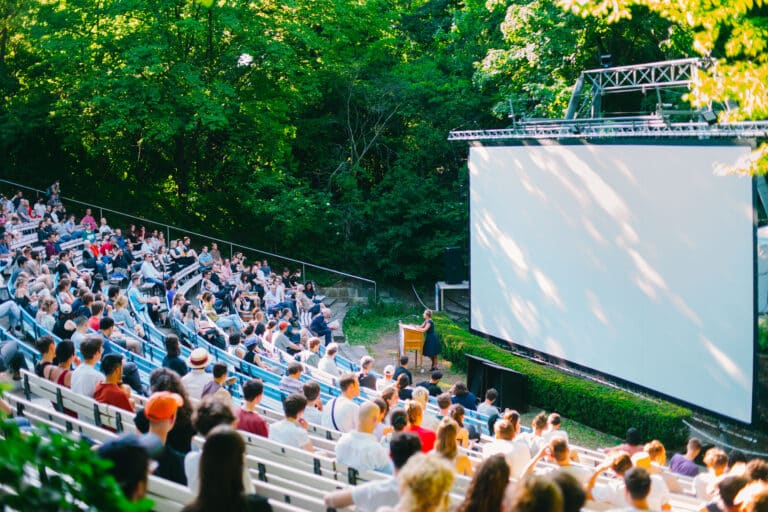 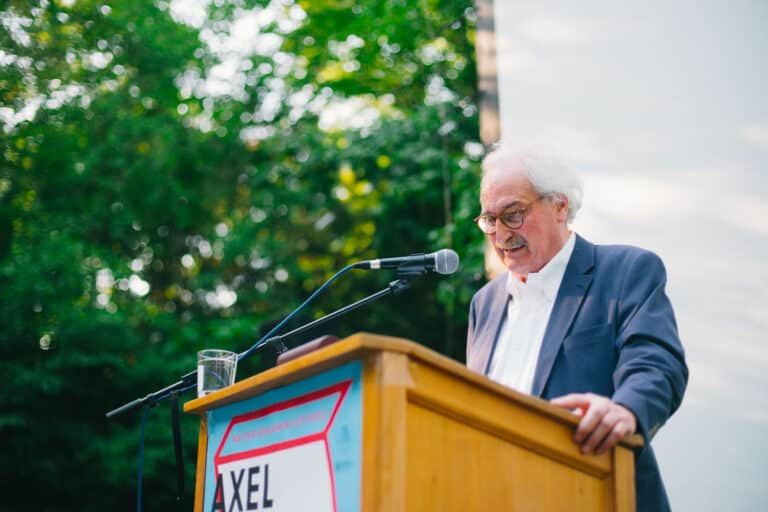 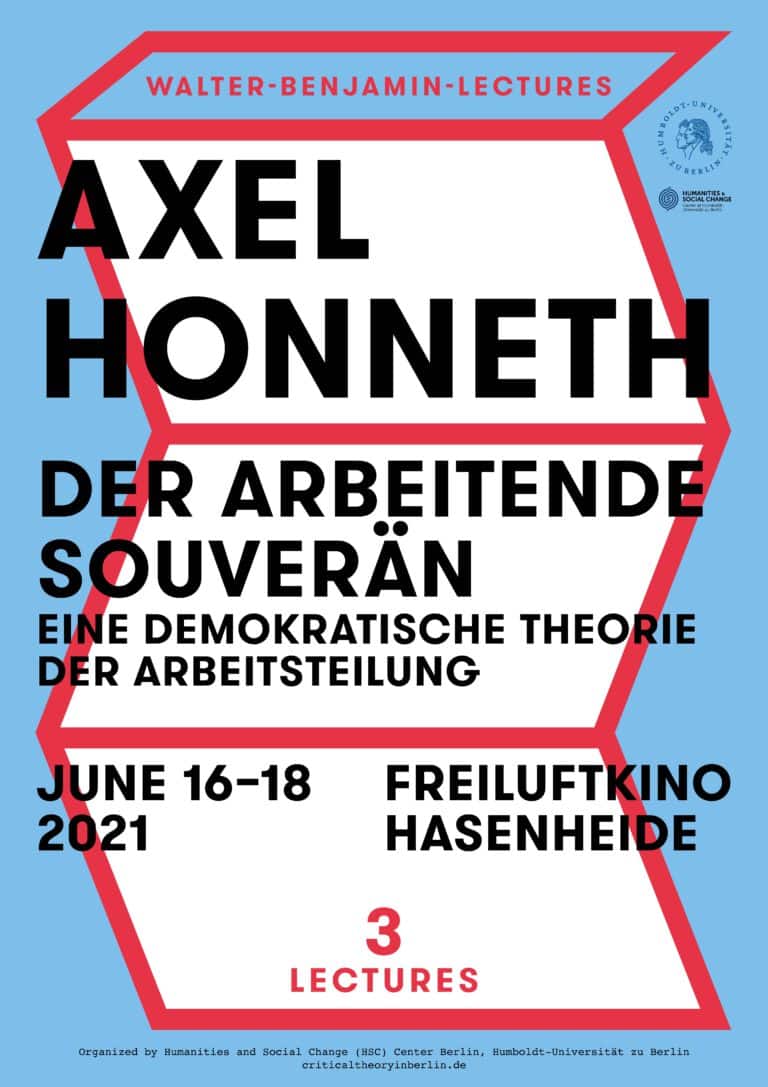 In June 2021, the second Walter Benjamin Lectures of the Humanities and Social Change Center Berlin took place. Axel Honneth, one of the leading social philosophers of our time, devoted three evenings to the question of the potential and necessity of democratizing labor relations.

Almost all theories of democracy have a blind spot: “The people,” the loudly invoked sovereign, usually have no time at all to exercise their democratic rights. Most citizens have to earn a living, they spend many hours a day in paid – and sometimes unpaid – work and are therefore only able to participate in democratic decision-making to a limited extent. Politics is experienced as alien and threatening; it is at best distant from one’s own life.

In his Benjamin Lectures, “The Working Sovereign,” Axel Honneth developed in detail this problem facing every theory of democracy: Democratic politics is legitimate only if it includes everyone. But how can the contradiction between everyday work and democratic aspirations be resolved? We have to redistribute and reevaluate work, was Honneth’s answer. This is the only way to prevent the many who support society from remaining excluded from democracy.

Wednesday, 16.06
The Labor of Democracy

This first lecture will lay out the normative standpoint from which existing labor relations will be examined and criticized in subsequent lectures. According to this criterion, the social organization of labor should be judged by whether it adequately equips paid or unpaid workers with the skills, resources, and habits necessary to participate as equals among equals in the democratic process of decision-making.


Thursday, 17.06
The Reality of Social Labor

The second lecture will present three stages in the development of capitalist labor relations. The reconstruction of the typical fields of activity and labor experiences of the “working sovereign” will make visible throughout the large gap in the behavioral demands made on the “working sovereign” by the democratic public, on the one hand, and by the world of work, on the other.


Friday, 18.06
A Democratic Politics of Labor (with a commentary by Andrea Komlosy (Universität Wien))

The task of the third lecture is to sketch the guidelines of a politics that sets itself the goal of gradually democratizing labor relations. This last lecture will include the discussion of the prevailing concept of the social division of labor and the presentation of measures by which working conditions could already be improved today in a way that increases the chances for workers’ equal participation in democratic decision-making.

Axel Honneth is Jack C. Weinstein Professor of the Humanities at Columbia University, and the second Walter Benjamin Chair at HSC Center Berlin. From 2001 to 2018, he was director of the Institute for Social Research in Frankfurt/Main.

Axel Honneth is one of the leading social philosophers of our time. His work is closely linked to the Frankfurt tradition of critical theory and has been an important factor in its renewal and ongoing actualization. Honneth’s social philosophy combines conceptual clarity, brilliantly interpreted concepts of social science and careful observation of social developments together to produce a critical theory of our time. From this historically situated critical theory, Honneth develops normative demands towards contemporary society that take potential of historically developed institutions seriously. Already during his years as director of the Frankfurt Institute for Social Research many research projects there dealt with changes in labor relations broadly speaking, always taking the division of labor within the private household into account. Honneth’s 2005 book Alienation provided a first summary of the conclusions drawn from these research projects. In particular, Honneth emphasized troubling changes in both the social interaction and the self-relation of working people. In his Benjamin Lectures, Honneth will develop a political theory of labor that considers the potential and necessity of democratizing labor relations, while also fundamentally problematizing how we understand labor today.